I’ve been a scrawny little thing my entire life.

Actually, I personally have never called myself scrawny. Or skinny. Or underweight. I’ve always called myself lean. And sexy. And kickass. But, I digress.

I’m 5’5″, and my “ideal” weight should be around 125-130 lbs. The most I’ve ever weighed was 110. Mostly, I’ve been between 100 and 105, and awhile back, during a particularly rough time, I was down to 96 lbs. A coworker said at the time that I was too skinny to be walking around. That made me laugh, but of course, it really wasn’t a laughing matter. She was serious, and concerned, and I got that.

The thing is, while I may admittedly have been kinda scrawny, I was almost always in really good shape. I worked out. Especially during my 30s and early 40s, I was very buff, with well-defined shoulders, back and arms, and killer six pack abs. (My legs were always chicken legs, I was never able to build them up.) And I was always healthy. My health has never suffered.

(Here’s a little side story for you: I was adopted when I was 15 months old. I was taken from my biological mother for reasons unknown to me–but you can guess, since every other child, 9 of them in fact, with different fathers, had been taken from her. At the time of my adoption, I was just introduced to orange juice, and a bit of egg. My adoptive father, every time he told me this, marveled at it, with a shake of his head. I was hungry all the time, crawling on the floor and eating crumbs if I could find them.)

Once, a woman I was dating (the one who tried to kill herself three times because she couldn’t cope effectively with life in general) called me anorexic, which hugely offended me. Not because I was or wasn’t, but because she used it in a pejorative sense, as an insult, when you never should, and obviously she hadn’t a clue about high metabolisms, about eating (I do love to eat) and not being able to gain weight, about wanting to gain weight when many women just wanted to lose it (and so many wanted to give me their extra weight, hahaha), or worrying about not having any extra weight if you end up in the hospital with some terrible illness or injury, and could die for the lack of it. But people can be ignorant, and behave badly, and I’ve met my share.

So why am I writing this blog post? About the skinny me? Well, because the skinny me no longer exists. And I can thank my age (almost 50, believe it or not), menopause (pretty much done, thank god), and my (hearty) enjoyment of beer and less cardio over the last 12-18 months (frankly, the laziest I’ve been ever). I have managed to gain 30 lbs, so I am now a somewhat fuller figured 140. Okay, not really fuller figured, but I have filled out, and while I’m not entirely comfortable with my belly and thighs, and I know losing about 15 lbs of it won’t be completely easy peasy, still, it took me my entire life so far to get here and experience this.

The (stupid) thing about menopause is it changes a lot of things. Things that are often taken for granted. I’m not going to get into those things, and you should be grateful for that, but let me just tell you, for me, it’s not as bad as it is for some women, yet it’s still a pain in the butt. My butt, in fact, which is no longer the sexy little butt it used to be. And mostly, really mostly, I’m okay with that. Being the slender, little kick-ass almost-butch-but-not-quite I’ve been my entire adult life was cool, but I’m alright with the almost-50-still-cute dyke I have now become. Some things suck, but they’re inconsequential next to the fact that I am still who I am (though more mature, and thank god for that), and also because, compared to some people, I actually have matured, and some people haven’t, and I feel genuinely sorry for them. But I promise to never blog on that topic, or those people, and I will keep this blog relegated to my own life and experiences. Because that is how it should be.

So in closing, I’d like to say that getting old sucks, but I’m dealing with it pretty well (and yes, I know I’m not old yet), and that the CHANGE OF LIFE hasn’t been as horrendous as I’d been led to believe. But the generation I could have learned from, I never got to know, because I was raised by a woman who came from a generation and a country that knew nothing about sharing, or learning, or teaching all they could have, because they were themselves repressed. And that is much more difficult to come to terms with, I am sure, than the relatively easy transition I am experiencing without their guidance.

In the end, I think, we learn so much on our own. Because we have to. Because so much still is close-mouthed by the people we could learn from…and learning about life pretty much on your own is not a bad thing.

Not a bad thing at all. 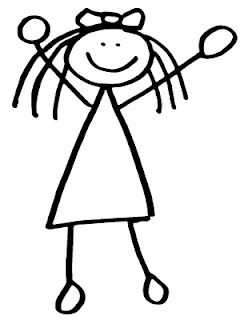