Sometimes, some people do things that you really just have to shake your head at. You know they deserve a smack upside the head, or a kick to the shins, but they’ve behaved so badly, all you can do is gape at them, before shaking your head and walking away.

As part of my research for the novel I’m working on, I needed an historic house. Hillsborough has plenty of historic houses, to go along with its plenty of history. I knew this, and it’s one of the reasons I chose the area for my book. I’ve driven and walked around the town quite a lot, and saw many houses that might do, but there was really only one that I thought would do. It was a handsome white house, up on a hill, not far from where we live. We pass it every day, sometimes more than once. It has four Corinthian pillars supporting the portico; they dwarf the front door, giving the house something of a grand appearance, very Southern. I personally think it’s quite attractive (not that I would want it), but my sweetie does not find it so.

I kept thinking this house would be perfect for what I had in mind, but I didn’t know what the inside looked like. There’s an important scene that takes place inside the house in my book, and I wanted to see if such a structure could support what I had in mind. One day, just before Christmas, I noticed a For Sale sign out front. And I thought, Oh, maybe that’s how I can get a look inside. I wasn’t going to pretend to be a buyer; I was an author, I had a business card, I did not need to pretend anything.

So off I went to the realtors in town, and I walked into their cramped little office which looked as if it had been recently thrown together, and badly at that. A mousy-looking little guy with mostly silver hair and a bit of a stoop to his shoulders came out of the back and asked how could he help me. I introduced myself, passed him my card, which he glanced at, and then told him why I was there. I said I wasn’t interested in buying it, I didn’t have a million dollars (the asking price) laying around. I asked if it would be possible to see the house from the inside.

“Oh, of course,” he says, “I don’t see a problem with that. I’m not the agent for that property, but I can call him and set up a time to visit. Would you like to do it today?”

I was surprised by this, but had nothing planned, and so said, “Sure.”

We agreed on a time of three p.m. I thanked him, and again made it very clear that I was not interested in buying the property. He laughed and looked at me, raising his eyebrows. “Well then, why would you want to see it?” he asked with a smile, and of course I figured he was joking around with me and the question was rhetorical.

When three o’clock rolled around, I was parked just up the street from the house. The fellow I’d met earlier showed up a minute later, parking behind me. We greeted each other, then made our way up to the house. He showed me the outside, a little postage stamp of a yard, a short section of wrought iron fencing affording no privacy from the neighbours I could clearly see, but that wasn’t important to me. I just wondered why people would want such a place, situated as it was. We went back to the side door, which was open, with only the screen door closed, so we could see in. My guide knocked, and called out, waited perhaps five seconds, and then opened the door.

In we went, with him saying, “I know we’re expected, I guess so-and-so (the actual agent for the property) isn’t here yet.” (Okay, I know what you’re thinking: Is this guy even an actual real estate agent? Seems kind of cavalier, right?)

Once inside, the first thing I see is beige wallpaper with vertical thin green stripes. Everywhere. How anyone could find that attractive, I don’t know. But again, that wasn’t a concern of mine. I just wanted to get a feel for the layout. I could make it look anyway I wanted, and likely do a better job than whoever their interior designer was. There’s a small library to my right, and a stairway leading upstairs in front of me, and a dining room or something to my left.

My guide waves me forward. “Have a look around,” he says, “do what you gotta do. I’ll see if the homeowner is here.”

I take four steps into what seems to be formal dining room, and then the side door to the house opens, and this big guy comes in, old, greying, but still rather formidable-looking. My mousey little guide greets him with, “Hey, here’s so-and-so!” (Obviously, I’m not bothering with names here, there’s no point.)

The big guy comes up to me, eyeing me closely, which made me uncomfortable. I introduced myself, and held out my hand. He ignored it, pointedly. I felt myself colour slightly, and said, “Ohhh-kay, that was rude” slowly and carefully and loud enough for him to hear. He frowned, but said, quite brusquely, “Have a look around, let me know if you have any questions.”

So I said, “Sure, okay,” even though I was thinking this was maybe a bad idea. I wandered into the kitchen. Both men followed me, and I looked around at the windows, the counters, the woodwork, getting a feel for the house. And then, before I could speak, the big old guy starts talking about which appliances are staying, about the age of the countertops, about the newer windows.

“I’m not interested in buying the house,” I told him, and he frowned again. And I thought, Oh, shit.

The mousey little guy doesn’t say anything. Not a word.

“I thought you understood that,” I then said. And I told him who I was, what I was, and why I was there. I described the relevant part of my story, and started to explain why I needed an inside look. Before I could finish, he interrupted me, waving his hands and saying, “Whoa, whoa, no way, hang on.” And again, I thought, Oh, shit.

Before I know it, there’s another old guy in the room, not big like the one guy, and not small like the mousey one. He was right in the middle, and he looked very puzzled. The big guy says, “Here now, here’s Mr. so-and-so, the homeowner, you tell him what you just told me and see what he has to say.”

And so I did, I started to tell the homeowner what I was after, I told him the relevant part of the story, and before I got finished I was again interrupted. “Okay, no, no, that’s enough, you’re done,” he says, waving his hands before him like the other guy, as if I’ve been yelling at him non-stop for ten minutes.

“Yes! You’re done!” he says, his voice rising. “This is ridiculous! You come into my house, with this story of a story, and I should just let you wander around? You could rob me blind! No, no way, you’re done. Out you go!” And then he rounded on the mousey little guy. “And what were you thinking? You call yourself a professional? I don’t believe this!”

And the mousey little guy says, without hesitation: “I thought she was a buyer.”

I turned to look at him in disbelief, my eyes much wider than normal, I’m sure, but I kept my mouth shut. I apologized for the misunderstanding, and for wasting anyone’s time, and promptly left.

The mousey guy followed me out to my car. He said, as I opened the car door, “I know what you’ve got in mind, and maybe I can help you with another house, if you want to keep looking.”

For what it’s worth, I did end up finding a better house, a house more suitable for my story. I drove around some more, discovered this house way off the road, went on up, and met the homeowner. When I told him who I was, gave him my card, and told him what I required and why, he listened carefully. I told him the story of the other house and the experience I had there, and promised him I was a law-abiding citizen and would not rob him blind. This made him laugh, and he ended up giving me a tour of his house, which I had just finished researching online (historical Hillsborough, remember?), and answering my questions.

Because sometimes, that’s all you can do. 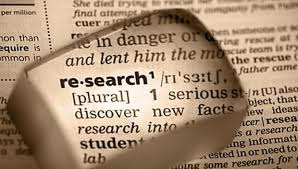