The very talented Jill Malone (see link below) tagged me to be a part of The Next Big Thing, where writers talk up their work in progress. That makes me #33. It sounds like a great idea, so here goes:


What is the working title of your book?

The title of my current work is Falling. I don’t usually have “working titles.” Once I’m well into the work and comfortable with it, the title will usually present itself. I find it easier that way, to sort of let a story name itself. So far, my titles have stuck.

Where did the idea come from for your book?

I’ve always been fascinated by the concept of vigilantism, people who take the law into their own hands to deal out justice; also, by heros, both ordinary and super. I didn’t consciously think of Falling in those precise terms at it’s conception, it was kind of murky to begin with, but as the idea grew, it definitely encompassed those concepts.

What genre does your book fall under?

Intrigue/romance, as I see it. Someone else may label it something else. Genres are funny (and not so funny) that way.

Which actors would you choose to play your characters in a movie rendition?

This is an interesting question, because my stories are all very much like movies as they occur to me, as they play out in my head, how I write them, and how they read. However, I’ve never had any one actor in mind for any of my characters. I know how I picture them, but choosing a name actor to play a character has never worked for me. So I guess I’d have to say someone(s) unknown. Those kinds of movies, with unknown or just emerging talent, are often my favourites anyway.

What is the one-sentence synopsis of your book?

Former cop turned security consultant picks up a hitch hiker and discovers she is a vigilante wanted by the FBI.

What is the longer synopsis of your book?

Falling is the story of a former cop whose career comes to a screeching halt after she intentionally shoots-to-kill a fleeing rapist. Dismissed from the police force, she opens a private security consulting business, catering specifically to women who have been, or fear they may be, sexually assaulted in their homes. While enroute to a client in a different part of the country, she picks up a female hitch hiker, and after a night spent together, discovers the young woman is a vigilante, wanted by the FBI. When the two part company, the former cop begins to seriously doubt and question her own morals and ethics for not turning the other woman in.

Will your book be self-published or represented by an agency?

This book, like my first, Everything Pales in Comparison, and my novella, Forever, will be published by Bella Books.

How long did it take you to write the first draft of your manuscript?

Approximately two and a half years.

Who or what inspired you to write this book?

This book was inspired by two different songs. I’m often moved and inspired by songs and compositions; in this case, a song called Ghosts by Kerri Anderson, and (not ironically at all) Falling by Alison Moyet. The latter provided the soundtrack to the scene where the two women first meet. The former is the underlying theme of pain and darkness, and, ultimately, the hope of redemption.

What else about your book might pique the reader’s interest?

All of my work has a thread of hope running through it. This story is no different. There is pain, and confusion, but there is also humour, and beauty. The characters really are, in the end, trying to do the right thing. But hope is not always easily perceived. 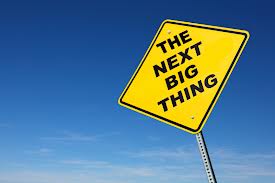