I was recently a part of an author’s panel discussion that took place in Asheville, North Carolina, at a lovely independent bookstore called Malaprop’s Bookstore & Cafe.

This was an event that I had put together, after a failed singular attempt earlier in the year, when I was informed by the Events Coordinator that Malaprop’s was choosing to do more group events, as opposed to single author events, in order to draw larger crowds. I was also informed that my topic of discussion, “The Evolution of Lesbian Fiction” was definitely acceptable, and so, I set about making contacts with that topic in mind, and the event came together. Ann McMan, Vk Powell, and D. Jackson Leigh agreed to join me, with Salem West moderating.

The event was a wonderful success; we drew a large crowd of mainly women, but with some males also present (okay, to be truthful, the venue was crowded). I had never been a part of a panel discussion and so the evening was an education for me, and a fine experience. The audience was visibly interested and engaged; this came through most clearly when our moderator, Salem West, asked pertinent questions of the authors, and those questions (and our responses) raised questions from certain members of the audience. I could see people nodding, smiling, frowning in thought, and itching to raise their hands to ask a question before the Q&A (which we did allow them).

The overall feeling was that the evening could well (and happily) have gone on much longer than the time allowed. Once the ball got rolling, and people’s questions were being answered, it seemed that more questions came to mind, and we had a hard time addressing each individual’s queries. Indeed, by the end of our allotted time, we were unable to do so. Yet one specific query, directed toward me post-event, comes clear.

PLEASE NOTE: If you haven’t read my novel, what will follow may be considered a spoiler. I don’t consider it such, but you may, and so, you are thus advised.

The reader came to me and stated that she had thoroughly enjoyed my book, but that she’d had trouble with one part of it. Specifically, when Emma Kirby, the cop, chooses to wear a dress to a funeral. This reader (and a couple of others, so far as I know) had difficulty envisioning Emma wearing a dress, had difficulty even believing Emma would wear a dress (and I have been told flat out, once, that she simply would not), based on their notion of the character. Even my editor had trouble with this. What I have explained (even though I probably shouldn’t have) is this:

Just because Emma Kirby is a cop, it should not automatically be assumed that she is butch. For some reason, within the (supposed) strictures of lesbian lifestyle, any lesbian in any kind of uniform is often thought to be butch.

This is, of course, a stereotype.

Personally, as a writer, and, more importantly, as an individual, I refuse to adhere to stereotypes. Not because I don’t believe they exist (I do, and they do), but because in my work, those stereotypes are irrelevant. My characters are individuals, women who do what they do, are who they are, love who they love…in other words, they are just…women. I am not interested in portraying them as other than who they are. I have specific ideas of who my characters are; stereotypes do not enter into it.

(Sidenote: It interests me that no one has ever asked for my own visual idea of my characters. Where Emma Kirby is concerned, I’ve always envisioned a cross between Neve Campbell and Sigourney Weaver. A strong woman who possesses depth and sensitivity. This visual has always been very clear in my mind. I don’t recall ever thinking how someone else might perceive that visual, considering how I wrote it…and apparently some didn’t.)

More pointedly, within my novel, the topic is specifically addressed: When Emma is in the bar with her best friend Nikki, and she first sees Cathy Marks. Nikki replies to Emma’s statement, ”She looks straight,” with, “Yeah, well, so do you.” At which point, it is clearly pointed out that Nikki believed “…it was Emma’s lack of stereotypical attributes that attracted women to her.” Here I clearly address the notion of stereotype, yet immediately pass by it. I don’t recall making that observation deliberately, yet I must have, because I knew how Emma Kirby presented.

Further, when the topic of wearing the dress comes up, it is clearly stated why Emma would choose to wear a dress: “But for certain events, she felt that a dress was a more appropriate choice of outfit, that it denoted a measure of respect in specific instances: civic functions, weddings, funerals.”

So even though I spell it out blatantly, some readers skip right over it, or, in one case, decide to challenge me on it. And I know why this is; I asked this reader after the event, “It’s because she’s a cop, isn’t it? You see her as butch.” The answer was affirmative. And I knew that it would be.

As a writer, though, I’ve always known that what is in my mind may not be in the reader’s mind. I too am a reader, after all. I always have been. I know what I see. And sometimes, when I read what an author has said of their story, their characters, it has most certainly not been what I have envisioned. And that’s okay. It hasn’t taken anything away from the story I have read, and it shouldn’t.

My hope is that, where my story is concerned, what I strive to describe, my vision, does not take away from what my readers read and/or imagine. But if it does, such was never my intention. Yet, because I’m also a reader, I understand how it can happen.

Which may be why a book should be read more than once. Or maybe that’s just me being hopeful… 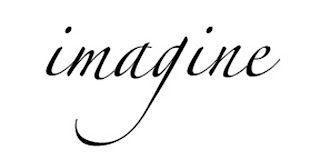