Last night I finished reading Orson Scott Card’s latest novel, Earth Unaware, penned in collaboration with Aaron Johnston. The novel is a prequel, taking place before Ender’s Game, the first in the Ender series, all of which I’ve read over the years. I’ve enjoyed the Ender series, though it did get a bit tedious toward the last couple of books. But Ender’s Game was my favourite.

The most recent novel, which is the beginning of a new series, was enjoyable as well. In fact, I would say I liked it a lot. I’m fairly picky about my science fiction/fantasy reads, but these books by Card held my interest and were entertaining and engaging. I went to my Goodreads list, to give it a 4-star rating, and then I noticed that the very first review of the book had given it only one star. I was intrigued, and started to read the review. It was a good review, and I actually agreed with pretty much all of the points raised. Still, I enjoyed the book. And then, reading the closing statement of the review, I saw this: “…my disappointment with this and OSC’s raging homophobia make it almost impossible for an impartial thought.”

Whoa, I thought, where did that come from?

The reviewer does not expand on this statement. So I decided to Google “Orson Scott Card homophobia.” Up popped numerous accounts/thoughts/opinions/articles on the subject. Orson Scott Card is a bona fide homophobe. Damn.

Here are some links to articles I read (the first one uses a very fine word, assholery, which is right up there with asshatery). It’s not necessary to read these, of course. I just want to show that I’ve done my homework.

http://www.ornery.org/essays/warwatch/2004-02-15-1.html (this one, written by Card himself, is really long–feel free to skim it–and he uses the term “lesbian women”…as if there are other types of lesbians.)

http://greensboro.rhinotimes.com/hc.e.211703.lasso (Written by Card again, it proves the point one reviewer made, that Card should shut his trap, but doesn’t. He undermines his once respected reputation every time he spouts off like this.)

There are countless other articles and opinions out there, but it becomes redundant, when it’s obvious what the man’s stance is.

However, what has been troubling me, what’s been on my mind since I found this out late last night, is that I have enjoyed the stories this man has written. Ender’s Game is considered by many to be brilliant (the U.S. Marine Corps Professional Reading List had made the novel recommended reading for several lower ranks up until 2011, after which it no longer appears on the list. I don’t know why it was removed, and I don’t particularly care). Having enjoyed this man’s work, for the most part, and then finding out that he’s an outspoken, homophobic asshole, it occurs to me to wonder, does this in any way affect my enjoyment of his work? Technically, realistically, no, it doesn’t. I’ve already read those books, the enjoyment has been had. Does it colour my perception with regard to further work? Yes, it does. (And for the record, I only ever bought used copies of his work, and the latest was a library book, so I haven’t lined his pockets with my own money.)

There are numerous people out there, writers, actors, poets, painters, who all have their own opinions, their own thoughts, their own feelings, on certain things, and some of them are racists, homophobes, anti-semites. But they act in movies, write books and poetry and music, they paint masterpieces, whatever they do, and I enjoy a lot of it. If I don’t know of their views, of their opinions, then I shouldn’t feel bad about enjoying their work. If I do know, and I still pay to see their movie, or buy their book, does that mean I support their viewpoint? Or does it merely mean that sometimes I like to watch a good movie, and the viewpoints/opinions of actors, directors, etc, don’t matter? That I just want to enjoy the movie (or book, or whatever).

I can’t know the opinions and feelings and views of everyone who ever wrote a book, starred in a movie, or made a record. And you know what? I don’t want to know. This age of information, in my opinion, is the problem. People spouting off, as Card has, thinking we all want to know his opinion, or others being quoted spouting anti-semitic, homophobic or racist comments, who should know enough to keep their mouths shut when out in public. I don’t want to know these people’s opinions. Certainly not if they’re hateful. I just want to read the goddamned book and enjoy it. I am aware, however, that such a mindset cannot, and does not, work in this world. But it’s very, very disappointing to find out something like this.

And now that I know what I know, I cannot speak highly of either the man or his work…because an artist’s work is a reflection of the artist. It would be, and is, difficult to maintain an objective, impartial stance, when I’m gay, and he hates gays. And is very vocal about it. I cannot unknow what I know. And I do believe that knowing is better than not. I believe that knowledge is power, and I would rather know than not. But I don’t have to like it. And I don’t like it. It bothers the hell out of me.

At the very least, you now know that about me. 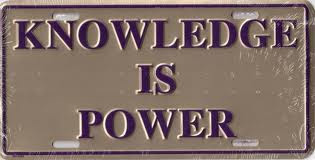