Last week we went out to dinner with a couple of women my sweetie knows, at their request. They knew I was heading back to Canada soon, and so the gesture was made to say good bye and extend good wishes. About  3/4 of the way through dinner, one of the women asked politely, “So, Rebecca, how have you occupied your time since you’ve been here?”


Now, I’m a contentious person, but not argumentative. I’m thoughtful, and while easily roused, I can think before I speak. My sweetie, as I found out later, was much more annoyed than I was. Either the question or the attitude, or both, struck us both as less innocuous than it might first appear. I, however, paused, then said:


Well, first of all, I’ve raised a puppy: 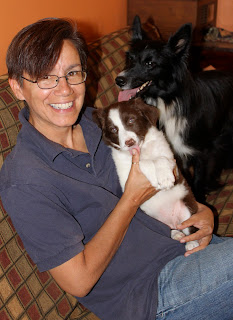 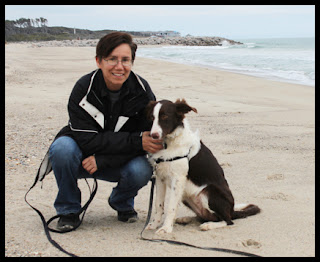 And during that time, I helped build a fence: 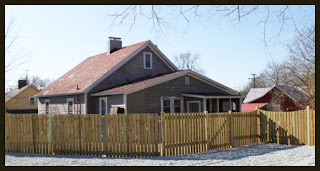 This fence was built from scratch, including digging the post holes and cutting, measuring, and nailing all the pickets individually. It covered 175 feet in total.
I also helped renovate the ensuite bathroom: 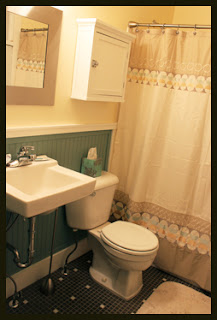 Basically, this bathroom was a wood floor with a tub enclosure. Nothing of what you see in this photo was present prior to the renovation. None of it.
In addition to raising a border collie puppy, I was deeply involved in socializing and training Hank, to be a more settled and socially acceptable dog: 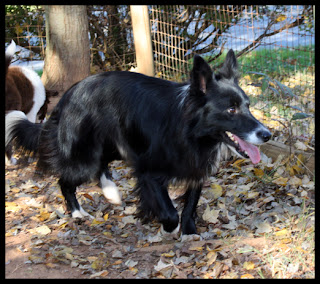 Throughout December, I worked on the final edit of my soon-to-be-released first novel, Everything Pales in Comparison.  And throughout October to now, I’ve done exhaustive research for my second novel, Falling.
And if all that wasn’t enough, throughout all of that, I’ve nurtured a budding relationship with a woman who is the most wonderful person I’ve ever met, to the point where we consider ourselves in a serious relationship. Worthy of marriage. Which the state of North Carolina, and the United States of America, so far, will not grant us.
So, when asked, “How have you occupied your time while you’ve been here?” I can at least honestly respond that I have not just been biding my time, doing nothing, waiting for…something. I have been doing something. Many somethings. Because that is who I am. That is what I do.
Something.
If I were to ask her how she has spent the last 5 months, I’m not so sure she could say she has accomplished so much. But I have. And I told her so.
Because this is what I do.
Something.
As opposed to nothing.