It’s my partner’s birthday this Saturday.

I won’t be there to help her celebrate it. We’re in a long distance relationship, and this is how it’s going to work out sometimes. She wasn’t present for mine. But she made the effort to pay attention to things I’d said, things I had mentioned I liked, and she googled some things, made some phone calls, and also sent some gifts through the mail. It was one of the most special birthdays I can recall. One of the most thoughtful gifts she sent me was a framed photo of herself, one I was especially fond of.

A couple of weeks ago, after much thought, I had two prints made (a 4×6 and a 5×7) of a photo of myself, a photo she had taken herself and was especially fond of. I purchased frames to house them. That same afternoon, I went to visit a friend of mine, and brought the package of frames and photos inside. My friend was busy (she runs a florist shop, and I was visiting her at work, as I often do), and so I set about putting the frames and photos together, while she was otherwise occupied.

She frowned slightly. “Very nice,” she said slowly, “but why are you putting pictures of yourself in frames?”

“It’s for her birthday,” I said blithely, (she knew who I was talking about), “and I thought it would a good idea.”

My friend paused, and then said again slowly, “Well, I guess it is, they’re lovely pictures, but…” and here she paused again, before saying, “why are you giving her pictures of yourself?”

I was a little puzzled by her question. “Well, she sent me a picture of herself for my birthday. I thought I’d do the same for her birthday.”

“But…why are you giving her a picture of yourself?” My friend was very obviously confused.

I looked at her with my eyes slightly narrowed, my head marginally tilted. “Because this will be all she will have of me when I’m not there. For the same reason she sent me her picture. Why else?”

“Oh.” My friend seemed to give herself a shake, as if a light had shone somewhere off in a foggy distance that had caught her attention. “I just…I don’t know. That just seems…kind of weird.”

“Weird? Weird, how?” Now I was genuinely confused.

“I don’t know, I just…I don’t know anyone who would do that. Give a picture of themself to someone. That’s all.”

I didn’t comment on what she said. We just moved on. But I knew what she was on about. What she was getting at, is that what I was doing, and what my partner did, by giving each other framed photos of each other, is basically ego-centric. That to do so meant that we both thought so much of ourselves that we would send/share these photos, and thereby feed our egos. Because really, that is what her tone and attitude and queries shouted at me.

This particular exchange has niggled away at me, and while I knew I was annoyed at the time, I dismissed it, and did not discuss it further, because to me there was no point, and I was there to visit her, and what I was doing had nothing to do with her. Later, however, I thought back on that exchange, and as I thought (and became more annoyed), I came to a couple of conclusions.

Secondly, my friend is straight. She is certainly not above making the first move (she has told me she has, on one occasion), but, in my opinion, some heterosexual women do have a certain mindset when it comes to “wooing”. And gifting someone with a picture of yourself is not wooing. You simply do not do it. It is the height of hubris, and if you do so gift someone, you are self-involved, ego-centric, and, let’s not forget, selfish.

But let’s get one thing clear: I am not in a heterosexual relationship.

I do not have a male partner whom I am expecting to sweep me off my feet. I am in love with a woman, and I am not relying on that woman to woo me, nor is she relying on me to woo her. In fact, it was I who did all the “wooing” in the beginning. But this is a give and take thing. I have wooed her, and vice versa. The results have been more than satisfactory. And more than surprising. It has been, suffice it to say, hugely enjoyable. A whole hell of a lot of fun. It has also been exciting, amazingly stimulating, it has shocked me, and made me laugh. It has made me shiver, has made my eyes widen, and left me without breath and words on more than one occasion. It has comforted me, yet has also confounded me, and confused me, and left me wondering, What in the hell do I do now? And I know it has done the same for her.

If I am missing something in this exchange, I’d like to know what it is. By the same token, if my friend (or anyone else) is missing something, I would think that one little thing like gifting the person you love with a framed photograph that they have stated they are fond of, is not the height of hubris.

Rather, it’s the height of love.

So, before anyone thinks to open their mouth and judge my actions based on their own experience, or voice their thoughts or opinions for the same reasons, I suggest they shut up and think first. 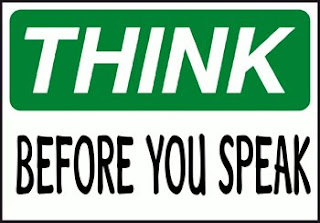