She calls me, later than expected, and within seconds, it’s obvious she is extremely frustrated and aggravated.

She has spent the last four days with her mother, who is deeply grieving the loss of her husband, and who had chosen to go somewhere that re-awakened hugely painful memories of the times spent at this very same locale with him. Her mother has done things which seem so oddly disjointed and disconcerting, such as locking her purse in the trunk of the car, her purse which contains the keys to the car, and since the car does not have a trunk release button, a locksmith must be called. She cannot conceive how her mother could do this. and then, to top it all off, her mother informs her, in a rather vague way, that the dogs have escaped because she didn’t close the back door to the house properly.

She tells me how she has spent the last hour trying to retrieve her dogs (the youngest of which has been enjoying his fling with freedom from confinement with carefree abandon), and trying to figure out a way to retrieve the purse from the trunk of the car. She sounds ragged, and tired, and at her wits end.

And then she starts to cry.

I listen to her diatribe patiently. I withstand her venting calmly. And then, slowly and carefully, I interrupt, interject, ease her out of her tears, with funny anecdotes, and soft wisdom, and tell her shit happens, and that I understand. We continue in this vein for some time, her venting, her frustration level climbing, and I listen, and patiently say, Yes, I understand, but what about this? Listen, what about this?

It takes several minutes, but eventually, she laughs, and then I tease her, gently, and distract her, and I can hear her calming. And I think, I can do this. For her, I can do this.

And I tell her, It’s all about perspective. And choice. Pay attention to your perspective. Honour your choices.

She gets fired up once more. It’s not about perspective, she says. I have perspective. It’s more than that.

She goes silent for a few moments, and then she laughs again, and I warm to it.

I don’t know if it was me, or if she just needed to talk, to vent. I won’t flatter myself. But either way, I was the one she chose to talk to, and I helped. We all make innumerable choices, and sometimes those choices are bad, and sometimes they’re good.

And never lose your perspective. 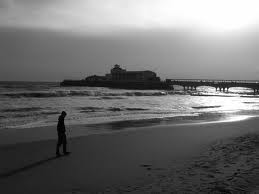