I called my baby brother tonight.

Considering I just turned 50, and he’s now 44, he’s not really my baby brother anymore. But, of course, he is. Even though his life experiences, I am sure, far surpass my own. After all, he has married, raised children, bought a house or two, become a business owner.

I have done none of these things.

I haven’t spoken to him in over two years. Not since our dad died. And not because he did anything wrong. He didn’t do anything wrong. But I think, because I treasured him for so long, I expected…something. I don’t think he knew, though, that I did treasure him. But I did. I adored my baby brother. I can only remember ever adoring him, from the time he was a tiny baby. And after, as an adult, for a very long time, he was one of the only reasons I stayed close with that family. My dad, of course, being the other reason, and the main reason.

When I was nine, and my little brother was three, we ended up in the Children’s Hospital together, he to get his tonsils out, me to get my tonsils and adenoids out. I recall, vividly, our dad staying with us for some time once we had checked in. He played games with us, read us books, sat while we ate our dinner…and then he had to leave. I don’t recall him stressing this, but I do remember that I felt very responsible for my baby brother.

The next morning we went for surgery. All I remember of that day is 1) someone asking me to count to ten, and 2) waking up in our room very groggy, with our dad at my side, and vomiting blood in one of those weird, small, oddly shaped basins. And that was in the late afternoon. I was pretty much unaware of much else for some few hours. But when night came along, and it was lights out on the ward, and my dad had obviously left at some point, my baby brother, who was in a crib next to my bed, started crying. Now keep in mind, I was nine years old, and I was a skinny little girl. But my little brother was crying, this little boy that I adored and (I suppose on some level) had promised to take care of, and so I went to his crib, pulled him out, and took him to bed with me, where he soon fell asleep. Some time later, a nurse came and took him from me. I don’t know how she knew, unless she’d come by on rounds. But she took him from me, put him back in his crib, and told me very harshly that he had to sleep in his own bed. I remember that specifically. And what I also remember specifically of that moment is that he SCREAMED.

Now keep in mind he’d just had his tonsils out. I don’t think screaming was a good thing at that point. But the nurse just turned and walked out. And I remember feeling very angry. I was nine years old, and my baby brother was doing his best to scream his lungs out in the crib next to my bed, and I just couldn’t handle it. I got out of my bed, went to his crib, and he immediately wrapped his arms around my neck as I pulled him out once again. I took him to my bed, and we curled up for awhile. And then he said he had to go to the bathroom. And so I climbed out of the bed, and I took him in my arms, and I carried him out of our room, past the nurse’s station, to the bathroom.

I remember two things from that specific time: When I carried my baby brother to and from the bathroom, the nurses on duty commented, “Oh, that’s so cute” or something to that effect. In other words, they saw me, and didn’t stop me. The other thing I remember is that there was some sort of stand set up, and it provided Freshie (which was a kind of Kool-Aid, back then), and I asked my little brother if he wanted some, and he said Yes, so I poured two paper cups, and took them to our room. I remember this vividly. And the nurses never stopped us. I took him to bed with me, and that’s how we stayed until the morning.

And that is all I recall of that time.

I have never been close to any other members of that family, other than my dad. I had always sought out my youngest brother, specifically because I had always felt so close to him. Well, as it turns out, that closeness is not something that stands the test of time. He grew up, and so did I. But he grew up in ways I never did, at least in terms of responsibility. He married, raised a family. Something I never did. And so a distance was introduced. And that kind of distance is not something you can ever close, and maybe that is how it should be.

Childhood is priceless and irretrievable. You cannot hang on to something that is bound to change in ways you can never conceive of. For many years I wished to have again the relationship I had always had with my little brother. But it’s entirely possible that I misunderstood that relationship, and it had changed long before I became aware of that change. It would not have been the first time that I had been misled into believing that some relationships are unchangeable. That I had misled myself. And I have been very guilty of that in the past.

And he’s right. It was my choice. And I would not do it differently. But, after a few more minutes of conversation, he also said, “You know where I am. You can call me, if you want to. I would like you to.” And I said I probably would. And I probably will.

I cried after I talked to him. I have missed him, and I feel bad for the decision I made, even though it was the right decision. I feel I should have told him why, even though at the time it was instinctive, and I didn’t know why. That I had to come to terms with a lot of things. And one of those things was, even though he is my baby brother, he is not my baby brother. Not anymore. And that is an important distinction. 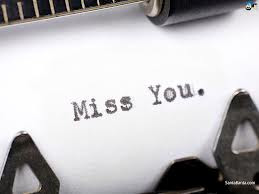