Today, I learned a lot about some people. Mainly, that some people will make untold excuses for treatment of puppies and dogs, try to pass it off as similar to what some humans go through, but which, if you are really being honest, we all know that the one bears no resemblance to the other.


Case in point: This morning I read a post, that Crufts (the largest annual dog show in the world, held in Birmingham, England) had, by way of a veterinarian exam, disqualified some breeds of dogs due to the fact that they were not “representative of their breed” and “could not perform” as that breed should. In other words, they were found physically “unsound.”


Now, this is a huge thing. I don’t recall this ever happening. I used to show dogs, Akitas and German Shepherds. I have followed, for years, breeds and breed standards. I’ve attended numerous shows, and while I never felt a part of the “bonhomie” (have I mentioned I don’t play well with others?) I understood the premise for dog shows. Yet I was never comfortable with the people who took credit for their dog’s wins. The people who preened and strutted those wins, as if they had won, and not the dog. I detested dog shows for that reason, and for the fact that I spent so much money testing my own dogs with regard to health concerns, and very few others were doing so. Don’t even get me started on Canine Good Citizenship or obedience trials.


This morning, the post re: Crufts, caught my interest. I thought, High time. But then, after reading the comments, the discussion veered into physical alteration, ie: docking tails and cropping ears. And how it wasn’t inhumane. And so I thought to comment. Because in my opinion, docking tails and cropping ears is the epitome of inhumane, and I said so. Within 4 hours I’d garnered 30 likes. Within 8 hours, my comment had earned 57 likes.


My comment also earned scorn and derision. Some people likened docking puppy tails and cropping puppy ears to circumcising baby boys. They also likened it to piercing ears and inoculating young children. They were disgusted with my viewpoint, and said so in no uncertain terms. They also said that, “Once it’s done, it’s done, and what’s the problem?”


As I type this now, there are “likes” to my comments coming in.


But there are people out there who think that what I stand by, what I stated, is absolute crap. I don’t know what to think of those people.


They purport to love dogs. But they make excuses for things you would (hopefully) never do to a child, or themselves. And these things I am referring to are done to puppies regularly. And just because they are puppies, people seem to think it’s okay to do what they do, because, well, “Once it’s done, it’s done, and they are too young to remember, so why discuss it?”


What I ended up stating, unequivocally, is that this is a moral and ethical thing. Not an aesthetic thing. Not something you can argue with regard to circumcision and boys, or ear piercing, or childhood inoculations. This is about surgically altering an animal based on your own pretentions and presumptions.


Over the course of the day, I have been barraged by comments from people who have basically attacked my stance, and tried to undermine it. People who think that puppies are less than people (they have no feelings, or if they do, it’s not for long, and so we can do anything to them), and so what is done to them is okay, but oh, what about circumcising boys, what about that?


Some people have actually had the audacity to question “the world I live in.” As if I am living in some fairy tale world where no harm comes to any of “God’s” creatures.


First of all, I’m an atheist.


Second of all, I’m an atheist.


What offended me the most, the worst, was those supposed individuals who thought that docking tails and cropping was okay, since it was done at a such a young age (48 hours after birth) that the puppies never felt pain (they did, by the way) and therefore didn’t suffer.


Suffering is not restricted to the here and now. And Phantom Limb Syndrome I am sure is not limited to human beings.


My point being: If you don’t know what you are talking about, shut up. Just shut up. Because all you are saying is nothing at all. You are defending your own viewpoint, and your viewpoint is selfish and self-serving, and has nothing to do with the ones who are going through the experience.


Puppies feel pain. Dogs feels pain. Animals feels pain. And if surgically (I use the term loosely) removing what a dog was born with, for aesthetic reasons, to conform, is your idea of “doing what is right,” then I question your morals and ethics.


No human can answer for any one else. They can only answer for themselves. Today I spent too much time trying to educate some very self-absorbed people about that. I was partially successful. But there are too many people out there who will not take a stand, who will back out when it comes to defending those who need defending…and I have no respect for those people.


Puppies feel pain. You may not be able to relate to that. But it is a fact. 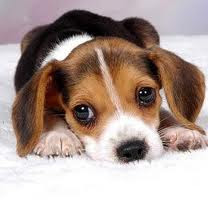