I am not a political person. I do not engage in political discussions, I do not pretend to understand politics, I pay the barest attention to politics, period.

Having said that, I do actually pay attention. I am certainly aware of the political disparity between my country and the country right next door. Living in Canada, I am aware of how fortunate I am. Being a lesbian, and being in love with a woman who lives in a state that does not recognize same sex marriage, the disparity between my country and her state becomes glaringly obvious.

It seems very unfair to me that I, a responsible, thoughtful, loyal and compassionate citizen of my country, who just happens to have fallen in love with someone, who just happens to be a woman, and is also a responsible, thoughtful, loyal and compassionate citizen of her country, are denied, simply because of our sexual orientation, the opportunity, the promise, of being able to share our lives simply because some close-minded individuals have decided that what is not right in their eyes (read: mind) should extend to the entirety of a populace.

Now, granted, I get that, in some countries, I could be put to death for even admitting that I felt this way about another woman. Were I heterosexual, there would be no problem whatsoever. Death for loving whom I’m “supposed” to love? God forbid!

It seems so very wrong to me that I can spend my entire life waiting for someone like her (and I really have), and that were she male, this would not be an issue. It seems so very wrong to me that what I want, to marry someone whom I love, whom I’ve found to be completely compatible, who suits me in all the ways that anyone would say makes a perfect match, is denied this, simply because there are close-minded individuals, in some small part of a vast country, who can’t see beyond their own prejudices, and are allowed a voice; a voice that speaks of that blatant prejudice and carries enough weight that I am not allowed a form of happiness that they take for granted.

Now, please understand, I will do whatever it takes to guarantee my happiness. I know that she will do likewise. Walking away is not an option. Abandoning her is not an option. She is a living, breathing, feeling human being, and so am I. And if any of those close-minded individuals were in our place, they would think twice, or not think at all, before changing their viewpoints. I’m not really clear on the “well, that’s you, this is me” mindset, when it comes to basic rights. I only know that, in this case, if I wanted to marry her, or she, me, we could, and it would be recognized here, but not there.

There are times when I wish I was straight, or I wish I understood the attraction to males. Because it would be so much easier, and that is something I think that many of the heterosexual populace just don’t get. They are privileged. We are not.

It appalls me that this is so blatantly wrong, and yet it continues.

But I love her. Make no mistake. I do love her.

Your politics cannot change that. 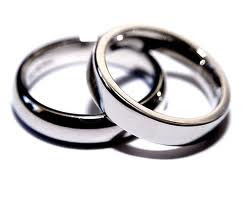